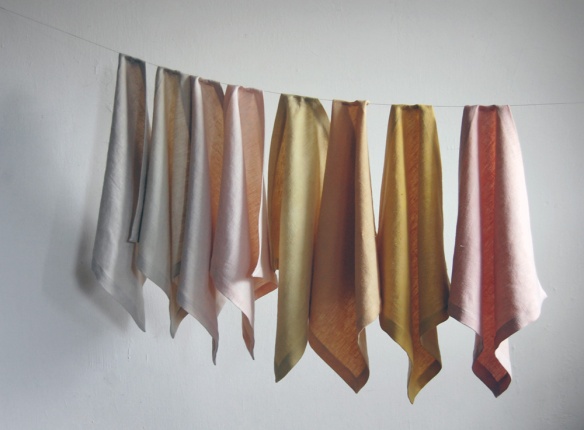 For devout foodies, scavenging through public parks and roadside ditches to pick wild, esoteric ingredients is an almost sacred ritual. Although the yields are small, the thistles, berries and greens they collect are nutrient-packed, deeply flavourful and, perhaps most importantly, not what the neighbours are eating.

But gourmands aren’t the only ones out foraging. Pioneering designers, including furniture makers and architects, are uprooting their own raw materials to make everything from cabinetry to structural columns. Turns out there are lots of aesthetic possibilities when working with forage. Roadside weeds can be boiled down to dye textiles, for example, while a naturally fallen tree can make a fetching coffee table.

Much like rummaging for dinner, looking to the wild for building materials is a return to our premodern, preindustrial traditions. These days, most of us don’t have the patience to put down our smart phones long enough to collect supplies, let alone the wherewithal to fasten them into anything more complicated than a slingshot. But designers are turning back the clock to create one-of-a-kind pieces rich with character, history and a sense of place – and some of it doesn’t even cost much.

To architect Richard Kroeker, finding and using local materials is a powerful way of giving a building an intensely regional identity. “Foraged materials provide an interesting way to locate yourself,” notes the Nova Scotia-based practitioner. “Whatever you make is like a catalogue of what’s around you.”

Case in point: a health centre in Pictou Landing he co-designed with Brian Lilley and Peter Henry, two other Nova Scotia architects. The building is buttressed with spruce trunks plucked from a nearby forest. The hyper-local effect is heightened by the use of indigenous construction techniques to fasten the trusses, almost like a modern-day longhouse.

Kroeker points out that foraging can also be highly economical. The spruce poles used for the Pictou Landing project saved money because they weren’t purchased from a lumber yard, which helped the community pay for the much-needed facility.

Adam Thom, co-founder of Toronto-based architecture firm Agathom, agrees that foraging adds a deep sense of place to a project. A few years ago, he designed and built a cottage in Georgian Bay with his wife and business partner, Katja. For the fireplace, the couple installed a massive stone hearth made with rocks they found near their craggy lakeside site. When materials that come from the surrounding land are incorporated into a building, “there’s just something amazingly right about it,” notes Thom. “I don’t know if it’s subconsciously, but the eye picks up on that.”

But using foraged materials often brings unique challenges. “Quarried, precut rocks are easier to work with because they come in standard dimensions,” says Thom. “With these found stones – which we didn’t cut or shape at all – it was a challenge to communicate with the builder how tight to make the joints, how to stack them. We were essentially making a fireplace in a way that no one makes fireplaces any more.”

In addition to technical difficulties, scavenging can raise ethical complications. Natalie Stopka is a textile designer who lives in the Catskill region of New York. She gathers plants such as goldenrod and fennel to make fabric dyes, but she’s careful not to take too much.

“Responsible foraging requires that we take only one plant out of 10, even in thriving populations,” notes Stopka. “This ensures the plant’s life cycle will continue. Irresponsible foraging would wipe out a whole stand of plants, halt its ability to reseed, or otherwise disrupt the balance of the native environment.”

Thom agrees. When he was building his cabin, he wanted to have a light touch on the land: “We tried not to take too many stones from the same area so there wouldn’t be any bald patches on the otherwise rocky shoreline. It might sound like I was being too sensitive, but we wanted it to look like we had never been there.”

It’s a similar idea to gathering wild food. Thom notes: “You want to leave enough berries for the bears.”

The rules change when it comes to environmental bugaboos. “Only known invasive species should be aggressively foraged,” suggests Stopka. Invasive species, and things that should never be, but often are, found in nature. Like garbage.

Disturbed by the “plastic soup” floating in the world’s oceans, Studio Swine, a London and São Paulo-based firm run by Azusa Murakami and Alexander Groves, started collecting bits of junk they found on beaches. They developed a way to melt and mould the pieces into a line of stools called Sea Chairs. To encourage others to do the same, Murakami and Groves published step-by-step instructions on their website http://www.studioswine.com. For anyone who wants to forage and make their own furniture, it’s a clever way to combine a preindustrial tradition with a forward thinking approach to recycling and reuse.

This piece originally appeared in the Globe and Mail on Thursday, March 14, 2013.