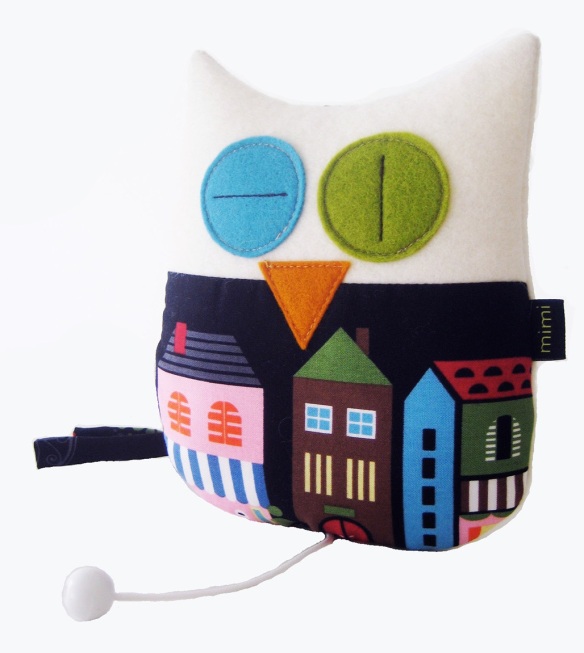 When her son was born eight years ago, Vancouver-based designer Marja Koskela welcomed him with an owl-shaped, music-playing crib hanger. She wanted a way to serenade him with Braham’s lullaby that was a bit less girly than the pink music box she had growing up. Koskela knew it was a hit when her son didn’t want to give up the felt toy, even long after he had outgrown his cradle (he kept it in his bed with his other stuffed animals until he was four). Now, she sells them all over the world, from Ireland to New Zealand — and not just to new parents, but to the young at heart who want a quirky piece of decor to hang under their kitchens cupboards. Owl Musicbaby. $30. Through etsy.com/shop/mimishop.

This piece originally appeared in the Globe and Mail on Thursday, March 21, 2013.