I think you’re hot. It’s not because I have a thing for beards, bellies or artists, because I don’t. (Especially artists — imagine what it would be like to date Jeff Koons? Scary. You’re bits and bites would be on display).

It’s because, as the New Yorker‘s Culture Desk noted, you’re an artist rebel-hero of the hottest order

END_OF_DOCUMENT_TOKEN_TO_BE_REPLACED

I have to admit that booking a trip to Beijing was somewhat compulsive. I’ve just started a new job and the airfare is quite expensive. But a friend of mine is going to be living there for the summer, and casually mentioned over lunch a few weeks ago that if I wanted to come for a visit, I could stay with her for free. Who could say no to a free room? Although I know very little about Beijing, I’m really excited to be going, and I’ve started putting together my to-do list. Of course, The Great Wall of China, Beihai Park and the Forbidden City are high priorities, as is a walk through one of the surviving hutongs and trips to the 2008 Olympic venues (The Bird’s Nest and the Water Cube). Here’s a few of the other things I’m thinking: 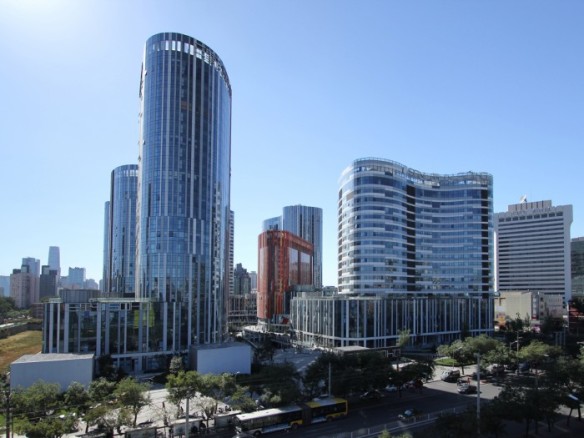 When I was finishing architecture school, I basically stole the design for my final year project from Japanese master Kengo Kuma. But I’ve never seen one of his projects in person (I’ve just been a fan from books and magazines). I’m not sure if his Sanlitun Soho is one of his best works, but I’m curious if his spaces are as graceful in person as they are in architecture magazines.