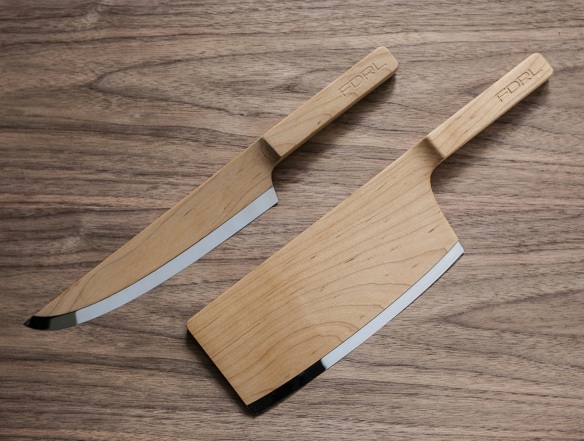 When friends and industrial designers Ian Murchison and Rohan Thakar left their jobs at Research in Motion a few years ago, they wanted to work on projects that had a more organic quality. So the Carleton grads started the Federal, an Ottawa-based studio that makes tactile, nature-friendly products such as sheep’s wool earmuffs and plywood desk lamps. Even their knives have a soft side. While most tools of butchery have a menacing look, these blades are more aptly described as warm. With the exception of the honed metal edges, they are made entirely of sealed, food-safe Canadian maple – the waving grain of the wood giving them a gentle, painterly effect. Through thefederal.co.

This piece originally appeared in the Globe and Mail on Thursday, March 14, 2013.